Synopsis (GR):
Warm Hawaiian sun. Lazy beach days. Flirty texts with her boyfriend back in Seattle.These are the things seventeen-year-old Sloane McIntyre pictured when she imagined the summer she’d be spending at her mom’s home in Hawaii with her twin brother, Penn. Instead, after learning an unthinkable secret about her boyfriend, Tyler, and best friend, Mick, all she has is a fractured hand and a completely shattered heart.Once she arrives in Honolulu, though, Sloane hopes that Hawaii might just be the escape she needs. With beach bonfires, old friends, exotic food, and the wonders of a waterproof cast, there’s no reason Sloane shouldn’t enjoy her summer. And when she meets Finn McAllister, the handsome son of a hotel magnate who doesn’t always play by the rules, she knows he’s the perfect distraction from everything that’s so wrong back home.But it turns out a measly ocean isn’t nearly enough to stop all the emails, texts, and voicemails from her ex-boyfriend and ex-best friend, desperate to explain away their betrayal. And as her casual connection with Finn grows deeper, Sloane’s carefree summer might not be as easy to find as she’d hoped. Weighing years of history with Mick and Tyler against their deception, and the delicate possibility of new love, Sloane must decide when to forgive, and when to live for herself.

Oh geez. This book is going to give you some feelings. That is for sure. It will make you happy, sad, angry....it will cause you to suffer from all of the emotions! So just be ready.

The Summer of Sloane actually reads really quickly. You fill find yourself totally pulled in, time will pass, and eventually you will close the back cover finished....blink...and find yourself wondering how so much time passed without you even realizing it was passing.

Yeah. It is that good. It is a definite beach read too. Take it and lay out in the sun this summer. Get yourself a tan. You will practically feel like you are already doing that anyways while you reading it. It is set in Hawaii and it is done very well. I personally could have used a bit more beach, but it was still good :)

What I really like though is that Erin L. Schneider made us feel things for the characters, even the secondary characters that we don't see much of. You hate them, you love them, you want to punch and break their noses in three places. I actually have very strong feelings towards Mick and I still feel them even though I finished the book a few weeks ago. I don't think Mick can ever be redeemed for me. Not even if Erin L. Schneider writes Mick her own story (I will TOTALLY read this by the way if it ever happens).

And to top it all off, The Summer of Sloane still has a beautiful message for all of us readers. But like always, I am not going to be sharing with you what that lesson is. It won't mean as much if I don't let you go discover it yourself.

This review is based on an eARC provided by the publisher via Netgalley in exchange for a fair and honest review.


Erin L. Schneider is native to the Pacific Northwest, attended college in Honolulu - and although Hawaiian - should never be allowed on a surfboard. With more than twenty years in corporate merchandising, she’s now a full-time writer living in Seattle with her husband, Neal; their baby boy, Kellan; a rowdy German shepherd named Ronin; and two crazy cats, Ono and Poke. She’s a member of both the Pacific Northwest Writers Association and SCBWI, and is also co-founder of the YA Buccaneers. SUMMER OF SLOANE is her debut novel, out May 3, 2016 from Disney-Hyperion. Visit Erin online at Erin L Schneider or on Twitter: @ErinLSchneider1.Erin is represented by literary agent Lisa Grubka of Fletcher & Company. 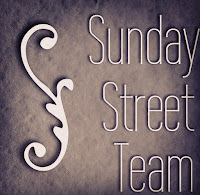