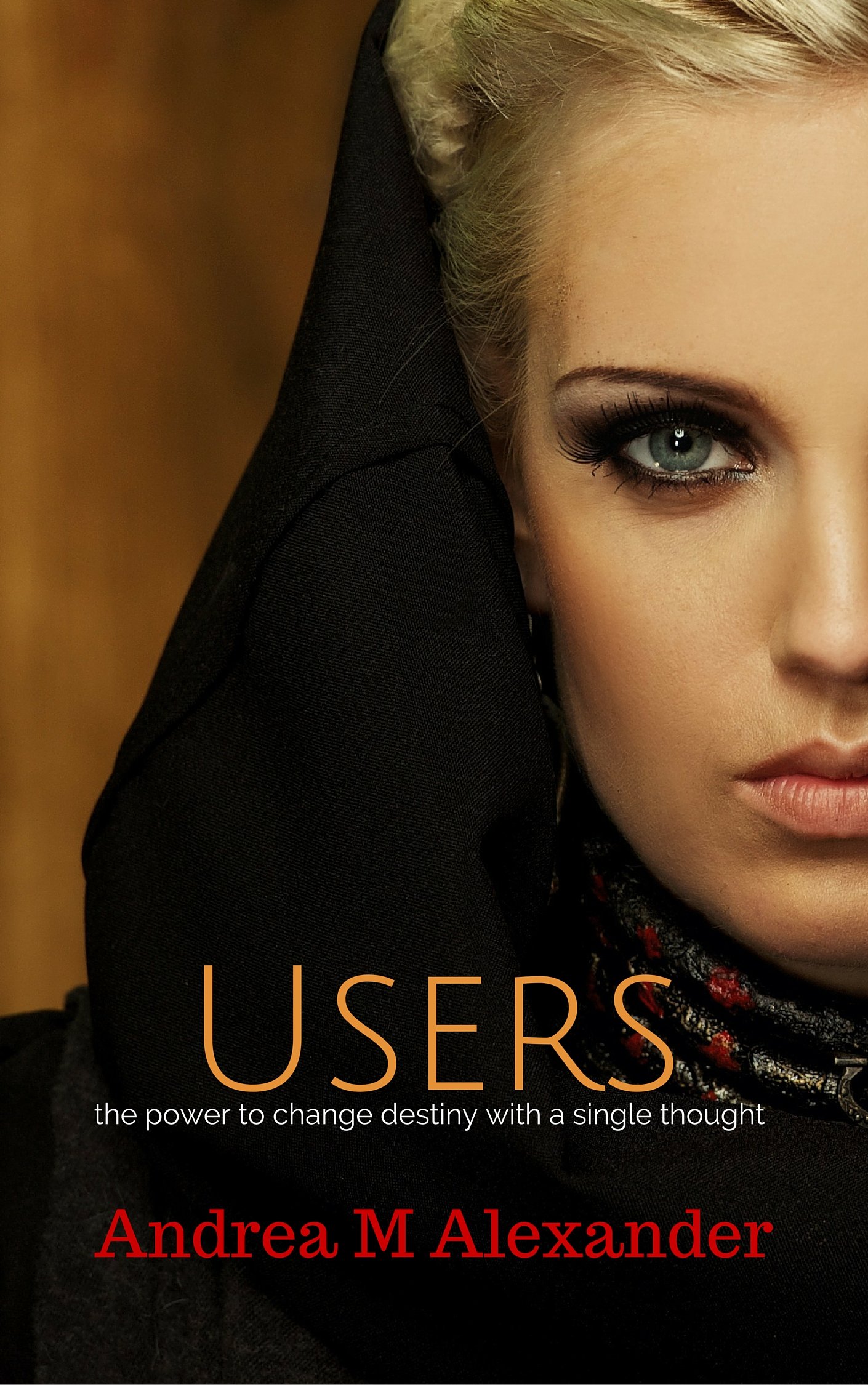 Before I start I just want to say that I don't think enough people, readers included, give self published authors enough credit.  Yes, there are a few out there that should really be attacked by a red pen, but there are a lot of them that are really quite good.  Users is one that I would place in the good category.

Users takes place in the Unite States.  However, the world is in complete disarray.  Everyone is going crazy.  They are attacking each other and stealing from one another.  Stores are being looted and ransacked.  No place is truly safe.

Cael leaves New York with his best friend Cody to meet his parents at the farm of his aunt and uncle.  The farm isn't really so much a farm as it is a bunker.  They have been stocking up on food and weapons for a long time.  He hadn't been to the farm since he was about 13, but it was the safest place his family could think of to go.

When he gets there, he discovers that his parents haven't gotten there yet.  His cousin Iggy (who isn't blood related) is there and is completely different than what he remembered.  Iggy's best friend Wesley is more than a little hostile to him.

While they are there, a few surprise visitors come by.  First there is the next door neighbor who is anything but a savory character.  Second is some people from the CDC.  Interested specifically in Iggy and Wesley.

After a few days at the farm, Cael begins to worry.  His parents haven't shown up and after some looking around, Iggy's father learns that the car they were traveling in has been found but they are no where to be found.  Cael takes it upon himself to go find his parents car to see if he can determine what has happened to them.  Cody, Wesley, and Iggy all decide to go with him (even though Iggy's parents are very against the idea).

So begins their journey.  They learn a lot about each other on the way.  Iggy and Wesley end up having a bounty on their head.  And it turns out that those two are anything but ordinary.

As far as dystopians go this was a pretty good one.  However, I am still kind of unclear on what exactly it was that set the United States (and perhaps the rest of the world) to collapse to the state that it is in in this story.

For the most part I liked the characters.  Though I do think there were some issues with character development.  This was more of a problem for me towards the beginning of the story, but it did alleviate a bit as the story continued.  However, I never really felt a connection to Cody.  To me he was very much in the background and was just the stoner guy who happened to be there.  I didn't feel his friendship, which was supposed to be more like being a brother, between him and Cael.

This story is actually told from two different perspectives: Cael and Iggy.  However, you don't see Iggy as the narrator until past the 50% mark.  I thought this was kind of unfortunate.  I really liked seeing her side of things and I would really have liked to see more of it.

I personally liked the 2nd half of the story more than the 1st.  It really picked up.  To me, it almost felt as though that was where the original idea of the story is and the rest was built around it.

Also, just a note.  This is a young adult book, but it is probably more appropriate for the older half/more mature side of the intended audience.  There is some profanity and some sexual relations.

I am really looking forward to the next book.  I absolutely NEED to know what happens next!

This review is based on a copy provided by the author in exchange for an honest review
Posted by ReadingWithCupcakes at 10:52 AM