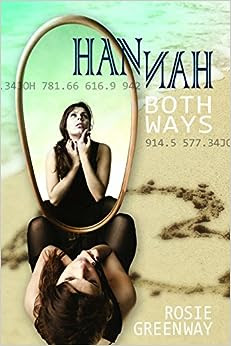 Do you remember how when you were in high school the smallest thing could get blown out of proportion and your entire social life could be destroyed?  Or, if you are in high school now, how anything that you post onto Facebook, Twitter, etc is some how known by everyone in seconds?

Well, poor Hannah was the victim of such an event.  Something go posted onto Twitter that turned her whole world upside down.  It destroyed her social life, leaving her to hide herself away in the library every day during lunch.  She had her entire school schedule redone to avoid running into certain people.  She even had to quit the cheerleading team.  All because of a stupid prank.

If that wasn't bad enough, she is constantly the subject of mockery because her mom has been known to sleep around....a lot.  And instead of facing any of her problems head on, her mom decides that when things get too tough that they need to pack up and move to a new place, a new town.

Hannah Both Ways takes place after the Twitter incident.  It has been a couple of months since it happened and she thinks that she has mostly adjusted to life with no friends.  She barely sees her mom who works a lot of nights at the bar and usually gets home late with who ever she happened to meet that night.  She gets to school early and goes straight to her math class to wait for class to start and then when lunch time rolls around she goes into the library to read a book that the roll of a dice has determined.

She thinks that she is adjusted to this life.  She doesn't tell her mom anything that happens at school because she doesn't want her to decide that they should just pack up their life and move (again).  She doesn't want to run away, she just wants to get to graduation.

Then one day she meets a boy and her world goes crazy again.

I enjoyed this book a lot.  It read a bit slower than I am used to a young adult reading, but that was okay.  The story kept me pulled in and interested.

This book deals a lot with bullying, both cyber and not.  I think a good message could be derived from it.

Something else that this book deals with is learning and other disabilities.  Most notably - Autism and Dyslexia.  I really like the parts of the book that dealt with these subjects.

However, what I did not like was how I felt Lucas treated Hannah sometimes.  There were points that I felt that he was trying to fix her.  I don't really like the idea of anyone trying to "fix" anyone else.  To me this ruined their weird relationship a little bit.

All in all though, I liked it.  I do recommend this book to others.  I think that there are some good lessons in this one too for teens.

This review is based on a copy provided by Chapter by Chapter Blog Tours in exchange for a fair and honest review. 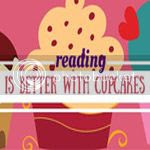